• You are here » Home » Blog » Number of Decks in Play and House Edge in Blackjack
Trending topics: 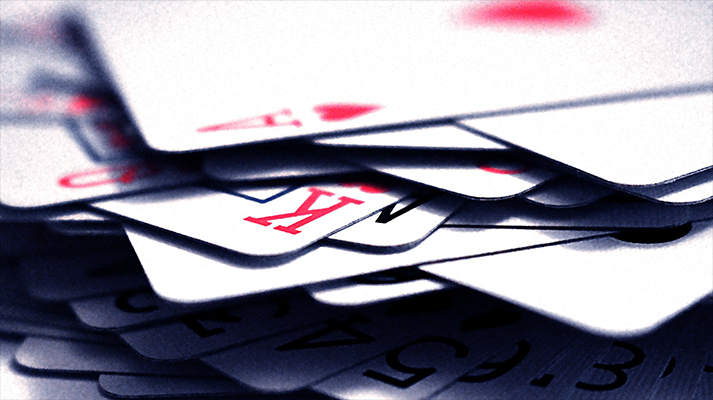 Number of Decks in Play and House Edge in Blackjack

Even if you have been playing Blackjack casually, with no more than basic strategy, table limits, and the bankroll as your primary concern, the question of decks and the role that the number of cards plays in Blackjack must have crossed your mind at least once.

Players who employ advanced Blackjack strategies would never even dream of starting a session without first obtaining information about the number of decks inside the shoe. The reason is that this factor directly affects the odds of a player landing a 2-card Blackjack and winning the hand.

Back in the good old days, when Blackjack was played with just one deck, the house only had a small fraction of advantage – or less, if the players were smart enough to implement a strategy to their gameplay. Naturally, if something is going your way, it is only a question of time when things will go downhill, which is precisely what happened with Blackjack. The rules and the number of decks started to change to increase the house edge, and every next deck would reduce the player’s advantage, sharpening the house edge. Nowadays, the most common variants found online are the ones played with 6 and 8 decks.

The effects of increasing the number of decks can be seen in the table below:

The More the Merrier – for the Casino, That Is!

Another notion that has to be taken into consideration when playing with a higher number of decks is that the cards will be distributed more evenly, which makes the card counting much more difficult. All the more reason for the casino proprietors to make a fewer decks Blackjack obsolete and banished from the face of the earth.

The Rules and their Effect on the House Edge

The most important rule that can affect the player’s RTP is the Soft 17 rule. If the dealer is allowed to Hit, the house edge will be improved by 0.20%. Surrender rule, on the other hand, can add some extra advantage to the players in multiple deck variants, but no more than 0.01%.

Splitting and Double Down rules can also increase or decrease the house edge, which is why the house will limit the number of times you can re-split the cards or use the Double down option, for obvious reasons.

So, if you haven’t been governed by all of these factors before, make sure to include them as criteria for selecting the optimal version of the game. Even though finding a single deck Blackjack is not as easy as finding 6 and 8 decks variants, online casinos are known to sometimes include them in their offer. Alternatively, if you do opt for versions with 6 or 8 decks, be sure to find the one with more liberal Splitting, Re-splitting and Double down rules.