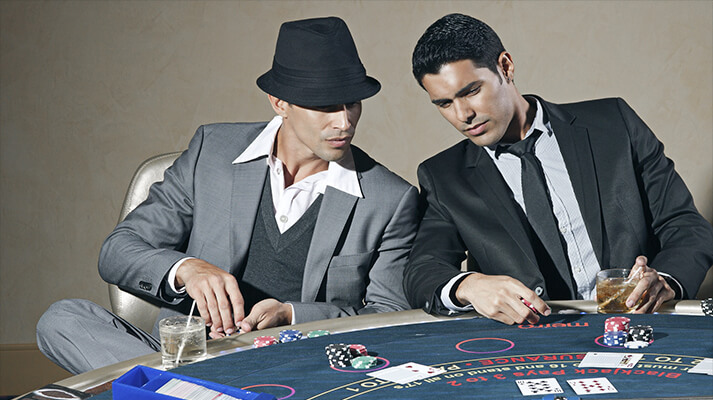 Blackjack is one of the casino games where players’ moves can lower the house edge. It comes as no surprise that certain mathematicians have taken advantage of this fact. They learned how to count cards efficiently and even played the game gathered in teams. One of the most popular examples of a joint effort to beat the dealer was the MIT team who inspired the movie 21. In this article, we will tell you more about partnering to beat the dealer through the history of Blackjack team play and the methods team members used.

It all began with one of the Blackjack legends Edward O. Thorp. He is a mathematician who invented the card counting system used by Blackjack pro players to beat casinos and win big. From 1959 to 1961, Thorp was a professor at the Massachusetts Institute of Technology (MIT) where his Blackjack adventure started. After he mastered his card counting strategy, he teamed up with Claude Elwood Shannon, an engineer, with whom he played at Vegas casinos. Using card counting, they made dozens of thousands of dollars weekend after weekend. Basically, it was the beginning of the Blackjack team play.

Now on to the MIT Blackjack Team, a group of students and ex-students who took advantage of team play to beat casinos playing Blackjack all around the world. The team and its successors operated until the 2000s. It all started back in 1979 when a Blackjack pro proposed a card-counting student to form a team and go to Atlantic City. There, they took advantage of the new regulation according to which it was illegal for casinos to ban players who used the card counting system. The rest is history but it’s worth mentioning that the team had card counters and big players and combined card counting with shuffle and Ace tracking techniques. Their approach was designed by Al Francesco, one of the Blackjack Hall of Fame inductees.

Card counting is the system that turned out to be most effective for team play. The team members would count cards and signal to the big player to join the table and place big bets at an opportune moment. However, Blackjack teams also make use of other techniques that would help them get an advantage over the casino.

One of them is so-called spooking, which is a technique used to see the dealer’s face-down card. Typically, a person who does not take part in the game would stand in a position where they can see the dealer’s face-down card and signal to a player. The player will use this information and base their next move on it. The team could also partner with the dealer who can switch cards and deal more favourable cards to the player.

Can You Take Advantage of Blackjack Team Play Today?

Playing Blackjack online is a solitary activity while card counting is not a system that can give results in live Blackjack games because of deck penetration below 50%. On the other hand, land-based casinos today employ high security measures that prevent players from using the techniques and strategies needed for successful team play. However, you can always team up with your friends to hone your skills and master the Blackjack strategy you can use when playing Blackjack online.