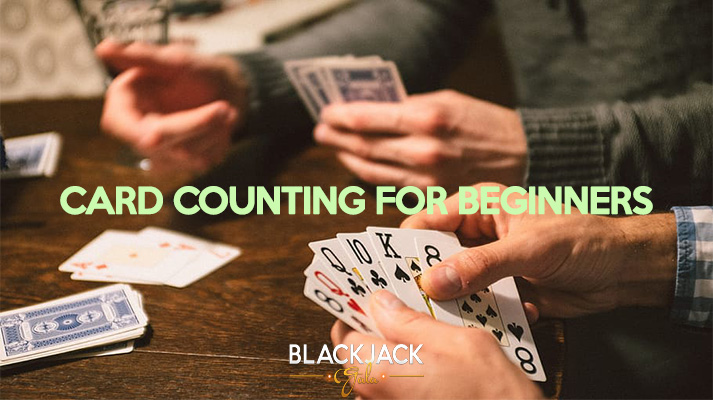 Counting cards is one of the most well-known ways of tipping the gambling scales in your favour. Gambler’s myths are full of skilled players using card counting strategies to beat the odds. From the outside, it may seem like a complex game of controlling probabilities – and it is. However, that doesn’t mean that a beginner can’t figure out the basic principles and even use them.

The biggest myth about this practice is that it’s about memorizing each card in a blackjack shoe. The reality, on the other hand, is a bit different. Don’t get us wrong – paying attention and memory play a part, but those are merely the means to an end.

It’s all about gauging whether the remaining cards are favourable to the player or the dealer. In general, the more Aces and 10-value cards there are in the shoe, the better. As such, you’ll want to pay attention to the ratio of high cards compared to low cards. How do we do that, you might ask? Thankfully, hundreds of gamblers in the past have figured out simple systems of keeping track.

The system we are about to talk about is often called Hi-Lo card counting. If you’ve been paying attention, it’s easy to figure out why. The first thing you’ll want to do is assign a certain “value” to each card based on whether its “Hi” or “Lo”. It generally goes like this:

After each hand is played, you’ll want to adjust the “score” based on which cards were dealt. For example, if a Queen is dealt, that means that there are fewer high-value cards in the shoe. This, in turn, means that the ratio of high-to-low cards goes down. As we’ve already mentioned, that’s bad for the player.

All the card values of each blackjack hand then combine into the so-called “running count.” This essentially represents how favourable the remaining cards are. A high running count means that there are more high cards than low cards left and it might be a good time to wager aggressively. Conversely, if there are more low cards left, the outcome is less predictable. Moreover, your odds of getting blackjack go down significantly.

Knowing how to use this information is a complex subject. Experts and professional gamblers have even developed more than one card counting algorithm. The idea is to know exactly how high the probability of a win, bust, or blackjack are. That’s a bit more than a beginner may need, though.

For now, all you need to remember is that all card games are a game of chance. Skill is a major factor, of course, but no card counting betting strategy can guarantee success. Just because you’ve made the odds favour you instead of the house doesn’t mean you’ll automatically win. Long-term experimentation is required if you want to see results – so keep practising!

It should be clear by now how easy it would be to gain an advantage with single-deck blackjack. A running count of just +2 would mean a significant increase in your odds of winning. This is exactly why casinos have started using multiple decks a long time ago.

Luckily for us, gamblers are a crafty bunch. Although the card counting advantage is significantly reduced with more decks, you can still keep track of said advantage. All you have to do is take into account the multiple decks and how they affect the odds.

This is what’s often called a “true count” because it more accurately represents the high-low ratio of cards remaining. Remember, you’re not interested in the total number of high cards. All you care about is if there are more of them than low cards.

With that in mind, just divide the initial running count with the number of decks remaining in the shoe. For example, if your running count is +10 and there are 5 decks left, your “true” count is +2.

Of course, this means that you’ll also have to count how many decks have gone by. Counting to 52 is easy enough by itself, but that’s not all you have to do. You’ll need to juggle between the running score, the total cards and decks, and whatever betting strategy you’re using. Additionally, casinos don’t like counters, so you’ll have to do it all discreetly.

The only advice we can give you on that end is to practice. The task may seem daunting at first, but it’ll become a lot easier just few games down the line.